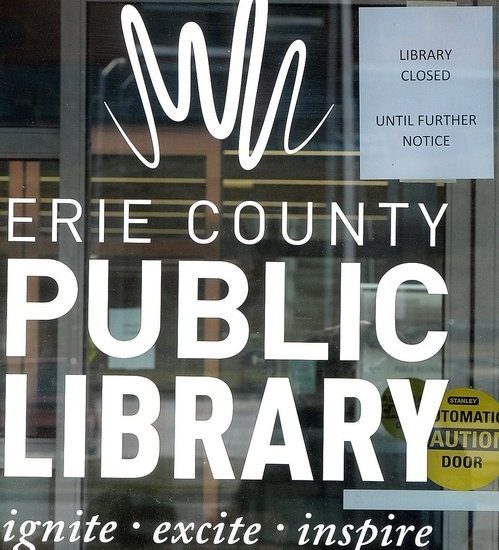 WHAT GOVERNMENT FUNCTIONS — OTHER THAN SCHOOLS — ARE STARTING TO CLOSE?

Cities, counties and states are trying to proceed as normal while the coronavirus spreads. However, some legislative sessions have ended early, and courts, senior centers, libraries and other services are starting to shut down.

Governments don’t go out of business. When disasters occur, it’s government agencies that have to respond. During the coronavirus crisis, health agencies, along with other emergency personnel, are once again on the front lines.

That being said, given policies promoting social distancing — including bans on large gatherings, increasing restrictions on bars and restaurants and, in Hoboken, N.J., a night-time curfew — state and local governments around the country are slowing or shutting down some of their own operations, particularly those that engage the public directly.

The city of Philadelphia is expected to announce Monday evening that all non-essential city services will shut down on Wednesday. Following a death from COVID-19 on Sunday, Virginia Gov. Ralph Northam ordered local governments to close to the public throughout the state’s southeastern peninsula, including Hampton, Newport News and Williamsburg.

It’s well known that tens of thousands of schools around the country are now shut down. What follows is a list of other services and events that are also on hold, including jury trials, recreation centers, libraries and, in some cases, elections and government offices.

This is not a complete list by any means. It’s meant to offer some specific examples of steps governments are taking to promote public safety and well-being. The only thing that appears certain at this juncture is that lists like this are bound to grow.

Government Operations That Have Closed

Eleven states have suspended or postponed their legislative sessions. In addition, the Missouri Senate and Ohio House have postponed their sessions. Other states, including Florida, Kansas and New York, are expected to pass their budgets this week, potentially allowing legislators to adjourn.

Other capitols that are still open, including Alaska and Maine, have been closed to the public. North Carolina’s legislature is allowing some staff to work remotely, while the Texas legislature, which is not in session this year, has postponed several hearings.

Local governments remain largely open for business. Through the rest of the month, the District of Columbia government will operate on a modified schedule, with some operations now fully remote.

All government and administrative offices in Clayton County, Ga., are shut for two weeks, beginning Monday. In King County, Wash., which has been one of the communities hardest hit by the virus, numerous in-person services are closed at least until March 27, including property tax payments, licensing, procurement and in-person job applications and permitting.

Cities including Batesville, Ark., Charlottesville, Va., and Greenbelt, Md., have closed their administrative offices to the public.

All Maryland courts are now closed to the public. With few exceptions, all matters to be heard between March 16 and April 3 are postponed.

All civil and criminal jury trials in Clark County, Nev., are suspended for the next 30 days. Tarrant County, Texas, announced Friday that there will be no new jury trials until April 20. Courthouses in Broward County, Fla., are closed to the public for at least two weeks, with a few exceptions.

“Policing and protection of our community will not stop, but (in my opinion), law enforcement should stop making low level arrests for violations and misdemeanors, in order to prevent the spread of virus through our jails, courts and stations,” Harris County, Texas, Sheriff Ed Gonzalez wrote on Twitter. “Jails are often forgotten, yet in downtown Houston today, we basically operate the equivalent of 3 cruise ships.”

DMVs, Libraries and Public Meetings
For now, most departments and divisions of motor vehicles remain open to the public.

A DMV branch in Denver closed after an employee there tested positive on Thursday. The DMV in Manchester, N.H., reopened Monday after closing over the weekend because a person who tested positive for the coronavirus spent most of last week there. (There was no announcement about whether that person was an employee.)

People boarding airplanes and entering federal buildings will have to have identification that is Real-ID-compliant by Oct. 1. Phil Ting, a member of the California Assembly, suggested last week that the deadline — years in the planning — might have to be pushed back. “You can’t tell people to stay home and then tell them to go someplace to pick up a license,” Ting told the Los Angeles Times.

Some major library systems have closed, including those in Columbus, Indianapolis, King County, Louisville, Los Angeles, Oakland and San Francisco. “Closing public libraries like this in Multnomah County is an extraordinary measure,” county library director

Other library systems that remain open have canceled all programs, meetings and events, including those in Chicago and St. Louis.

Many cities and counties have closed their facilities to outside groups. Tucson, Ariz., has brought all public meetings to a halt. West Hollywood, Calif., has canceled all public meetings unless there are essential business items to discuss. Advisory board meetings have been halted in cities including Boulder, Colo., and San Diego.

Since being outdoors is safer than congregating inside, most parks around the country remain open. But indoor recreation centers — especially those that serve seniors — are being closed in numerous jurisdictions.

The state of Illinois has ordered that all 399 senior centers be closed due to the threat of illness. “Being able to provide services that help combat social isolation won’t do a whole lot for people if they’re not well,” said Tessa French, a spokeswoman for Senior Services of Central Illinois.

Kentucky Gov. Andy Beshear recommended on Friday that all senior centers in the state close their doors. Senior centers have closed in Brunswick County, N.C., Glendale, Calif., Huntsville and Mobile, Ala., New Hartford, N.Y., and Sudbury, Mass., among other communities.

The Navajo National Division of Natural Resources has closed all its parks and recreation areas. County-owned parks are closed in Harford County, Md.

Public pools have closed in Albuquerque and Santa Monica, Calif. According to the federal Centers for Disease Control and Prevention, “There is no evidence that COVID-19 can be spread to humans through the use of pools and hot tubs. Proper operation, maintenance and disinfection (e.g., with chlorine and bromine) of pools and hot tubs should remove or inactivate the virus that causes COVID-19.”

Meal Delivery and Pickup for Students

With schools closed around the country, districts are scrambling to provide meals to students. States have received waivers from the U.S. Department of Agriculture to provide meals at non-school sites.

On Saturday, Philadelphia schools released a list of 30 locations where families can pick up breakfast and lunch. Cleveland’s district will provide meals for children 18 and under at 22 sites, providing shuttle service to those sites. Albuquerque has set up 89 sites where students and their parents (if a student is present) can pick up meals at a drive-through line.

Public schools in Dayton, Ohio, will be distributing breakfast and lunch to students at schools around the city for the next three weeks, including during the scheduled spring break. Gwinnett County, Ga., and Norwalk, Conn., will be dropping off meals at school bus stops.

On Sunday night, Democratic presidential candidates Joe Biden and Bernie Sanders debated in a Washington studio, with no audience present. The debate was originally scheduled to take place in Phoenix. Both candidates have canceled rallies over the past week.

Alabama Secretary of State John Merrill has asked the state attorney general for an opinion allowing the March 31 runoff in a U.S. Senate race to be postponed. Merrill has said he will accept all absentee ballot requests regardless.

On Friday, the top election officials in Arizona, Florida, Illinois and Ohio issued a joint statement  affirming that presidential primary voting would take place as scheduled on Tuesday. “Unlike concerts, sporting events or other mass gatherings where large groups of people travel long distances to congregate in a confined space for an extended period of time, polling locations see people from a nearby community coming into and out of the building for a short duration,” they wrote. “Further, guidance from voting machine manufacturers on how best to sanitize machines, guidance from CDC on best practices for hand washing, and guidance from our respective state health officials is being provided to every polling location.”

However, Maricopa County, Ariz., which includes Phoenix, announced it was eliminating almost 80 polling places due to lack of cleaning supplies.

The St. Louis County Board of Election Commissioners said Friday it was seeking state permission to postpone local elections scheduled to take place on April 7 for three weeks, while hoping to add mail-in balloting.

The coronavirus has already been disruptive to campaigns around the country. It may have a permanent effect when it comes to candidates and sponsors of ballot initiatives who have to collect signatures to qualify for the ballot. In Utah, GOP gubernatorial candidate Jeff Burningham has suspended his signature gathering effort. Dana Balter, a congressional hopeful in New York, has asked Cuomo and state lawmakers to lower the threshold.

“Part of the bread and butter of campaigns is canvassing and door-to-door contact has been virtually shut down,” Diana Bray, who has until Tuesday to collect 10,500 signatures to qualify for the U.S. Senate race in Colorado, told the Denver Post. “Many people are refusing to hold the pen that others have held to sign petitions. Many ask if they can sign my petition online, which they cannot.”