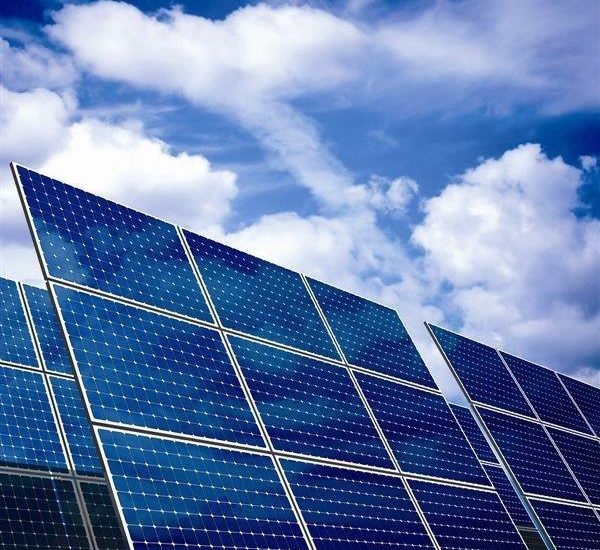 Experts: Smart City Work Should Stay the Course Amid Crisis

The smart city and sustainability projects that make communities more efficient and resilient are more necessary than ever, advocates argue, but other priorities are competeing for the limited resources that could move them forward.

A number of cities are faced with not only new demands for services, but also nearly unthinkable falloffs in revenue collections as the coronavirus pandemic has forced much of the nation into a second month of lockdowns. On Wednesday, the U.S. Commerce Department reported the gross domestic product (GDP) contracted 4.8 percent in the first quarter of 2020, the worst decline since the Great Recession in 2008.

The overall situation has put local and regional governments in a tight spot, forcing officials to choose between innovation and maintaining the status quo.

In Fayetteville, Ark., a college town in the northwest corner of the state, a large solar array at a wastewater treatment plant is moving ahead in an aim to increase clean energy use from 16 to 72 percent. Additonally, a bio-gas system is being explored for the treatment plant to produce a supply of clean natural gas.

“Since the COVID-19 epidemic, we’ve really pushed down the accelerator on these projects around energy,” remarked Peter Nierengarten, Fayetteville environmental and sustainability director, during a Meeting of the Minds webinar earlier this month.

The conversation focused on  sustainability efforts during a time of upheaval brought on by the ongoing pandemic.

“There’s a real tension and tradeoff between allocating resources to address the immediate needs that come with a crisis — like protective gear, testing or sheltering in place — and the investment needed to build a more resilient infrastructure. Cities are on the front lines of managing that tension,” said Tripp Borstel, head of transformation design at ENGIE Impact, during the discussion. Borstel worked recently with San Jose, Calif., to develop Climate Smart San Jose, a climate action plan.

As cities decide what projects should move forward, leaders ought to look at which projects will continue to put communities on more sound financial footing in the long term — often that translates to sustainability savings, said Nierengarten.

“It’s about adding value with projects and programs that can save money, can provide those essential services to the community,” he explained. “There’s probably a lane for those that have a specialization in accessing grant dollars. We envision philanthropy stepping up in the near term to help supplement.”

“We are working on installing more EV charging stations, digital inclusion such as Wi-Fi at city parks and other public locations, and programmed our traffic signals to be in synchronization with each other,” Nierengarten told Government Technology.

Projects like the solar-power array and LED streetlight conversion have been identified as not only part of Fayetteville’s larger sustainability goals — greenhouse gas emissions have already dropped 24 percent since 2010 — but lead to real cost savings due to reduced energy consumption.

“When we’ve done projects like them in the past, we’ve always talked about the energy savings associated with them as well. But in light of the economic downturn [we’re] … placing even greater emphasis on those projects that will save the city money, both near-term and long-term. Because we see the economic realities ahead of us,” Nierengarten added.

Health crises like COVID-19 could also have cities exploring innovation in other ways such as the expansion of no-touch transactions, said Karen Panetta, a fellow with the Institute of Electrical and Electronics Engineers (IEEE) and dean of Graduate Education at Tufts University’s School of Engineering.

Systems around trash disposal and recycling, as well as traffic and parking could begin to shift to contactless interactions where touching is discouraged.

“You’re going to see, how do we take more human hands out of the loop, to do these types of things,” said Panetta, in an interview with Government Technology. “I think you’re going to see lots of no-touch surfaces.”

Watch for Internet connectivity to take a stronger importance in cities, said Panetta, as well as all of those cameras and sensors, already deployed. They could be put to examining the efficacy of social distancing policies.

“I think cities will start using that information to help cull through and say … is what we’re even asking people to do working?” Panetta pointed out.

Big data, augmented with machine learning, could be used to gain new understandings around urban populations related to how people move and gather given other data points like temperature. All of this can help city leaders design social distancing protocols for the future.

“That data is going to help us figure out, what do we really do,” said Panetta.