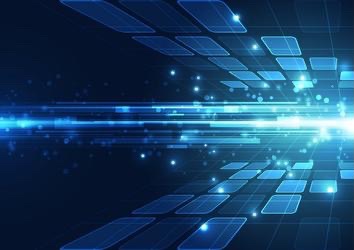 Illinois flipped the switch on its enterprise resource planning (ERP) system at the beginning of January, taking it from maintaining less than one third of the state’s budget to around 90 percent. The goal of the ERP system is to centralize Illinois’ financial reporting and human resources into a singular, integrated platform.

The need for that ERP system in the state stems from a 2011 audit that identified the vulnerabilities of having about 260 individual financial reporting systems. The “patchwork” of reporting methods hobbled the state’s ability to provide true financials immediately and placed federal funding opportunities at risk.

Implementing an ERP system is a daunting task for states and requires several rounds of financial investment from the Legislature. Illinois is within striking distance of an accurate, best-practices-compliant and modern financial reporting system. Other states, like Rhode Island, are in the midst of broaching the subject with lawmakers.

The state has used its own available resources to implement the ERP system, hosting its data with Virtustream, a provider of cloud computing management software and infrastructure-as-a-service. To date the ERP implementation team has spent about $175 million of the estimated $350 million allocated for the project. He said implementation is on track to remain within budget and scheduled completion in 2021.

Ron Guerrier, state CIO and head of the Department of Innovation and Technology (DoIT), said the ERP system creates a new foundation for Illinois IT to build on and allows for more insightful and secure methods for data management, such as cloud storage.

“When we do go for funding, it’s a lot more informed, as opposed to saying, ‘We just want the latest toys,’” Guerrier said.

Gregg Easterly, the ERP program director, said he and his team will have the final two departments transitioned from their legacy systems by July 1.

“For the very first time, business leaders are going to be able to look at how we’re purchasing a specific material and/or service across the entire enterprise and potentially leverage that to make better decisions and have better negotiating power,” Easterly said.

In 2014, the ERP team determined that it was critical to incorporate 56 state departments into the burgeoning ERP system, Easterly said. In October 2016, three departments became a part of the first pilot and the system started gaining momentum.

To reach that milestone, the system had seven phased “go-lives.” The ERP team grouped together agencies based on software development cycles ranging from four  to 12 months, Easterly explained.

“[Staff training] is the area that really deserves the most focus because we’re trying to teach people who’ve done the same thing their entire career how to do something different and it’s an extreme challenge for them,” Easterly said.

The legacy systems haven’t been turned off, Easterly said, because they’re needed to comply with historical record-keeping requirements, and some are in use by multiple agencies. Easterly said he hopes that as deployment winds down, a data archival strategy will be implemented to further the retirement of aged infrastructure.

When the ERP system can account for 100 percent of the state’s budget, the team will move onto the project’s next component: human capital management (HCM).

The system entails a replacement of paper-based human resources processes statewide with an integrated software solution, Easterly said. There are about 140 legacy systems dedicated to HR, according to DoIT’s website.

The vision, he said, is to implement a streamlined cloud-based human resources interface that allows for attendance and leave tracking, payroll, performance management and more.

Guerrier said he anticipates the next phase to be a bigger lift for the ERP team because of the disparate condition of human resources in the state.

The ERP system hasn’t yet yielded a time-saving component for state staff because financials must be meticulously tracked and the efficiencies gained by installing a new system are offset by regulations.

“The way we approach it is we’re attempting to do as minimal customization as possible with the idea that it makes the product more sustainable and it helps standardize the business processes across the state,” Easterly said.