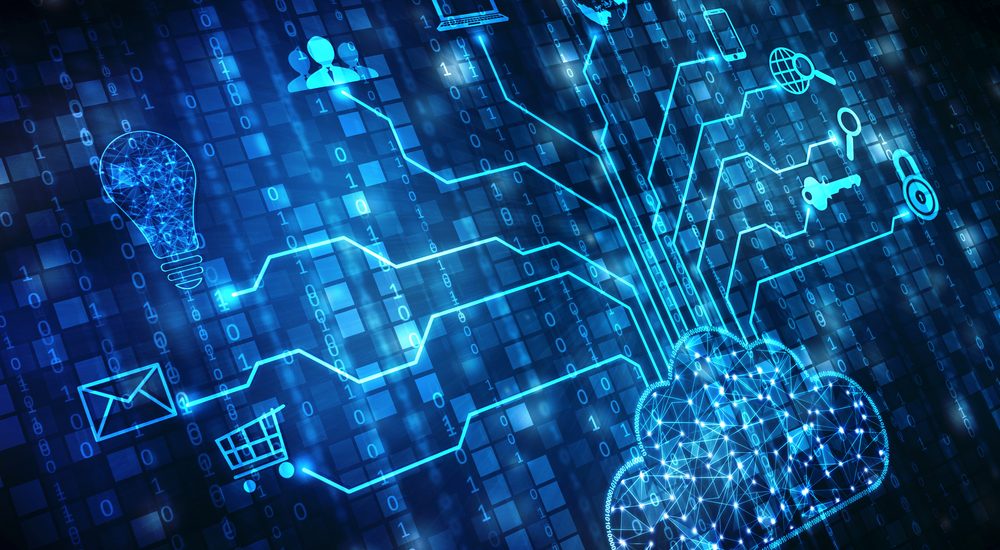 Darrell Fernandes and his technology team meet twice yearly to review the 18-month roadmap that drives them toward the company’s north star — the vision of where it wants to be five years out.

But Fernandes, who is head of product technology for TIAA, a financial services firm, had some detours recently, as he and his staff focused on supporting the capabilities and functions needed to respond to COVID-19 and work-from-home mandates.

In fact, Fernandes says the dramatic events prompted him to shift about $10 million worth of initiatives within the technology portfolio, moving up and fast-tracking automation projects, interactive chat and other plans that improved the company’s ability to serve its customers while deferring infrastructure improvements that weren’t as urgently needed.

Now, as TIAA heads into the second half of 2020 and everyone settles into new norms, Fernandes says he’s revisiting the 18-month roadmap and the five-year plan.

First, Fernandes says he’ll refocus on the deferred infrastructure investments in the upcoming year or two. He’ll also add new initiatives, some of which have been inspired by the recent events. He wants to deliver more interactive capabilities to existing collaboration tools after seeing how quickly his company and its customers moved to virtual meetings. And he wants to implement new capabilities for employees to collaborate and ideate virtually after seeing how well they adapted to online connections.

“There are a couple of areas where the north star is moving,” Fernandes adds.

The confluence of events this spring has shaken up business plans across the board. As a result, CIOs and management advisers say nearly everyone is adjusting their plans and projections for the rest of 2020 and throughout 2021.

CIOs who were more mature in their digital transformations and thus better positioned to respond to COVID-related challenges seem to be altering less of their long-term roadmaps, while those CIOs who were struggling to keep pace with change have more retooling to do, experts say.

Everyone, though, seems to be making at least some revisions to their IT plans.

“CIOs are very much concerned about what’s ahead and are thinking about what this means to them and their plans,” says Kevin Torf, co-founder and managing partner of T2 Tech Group, an IT consulting firm. “And if they’re not thinking about that, they should be.”

CIOs are feeling the pressure to deliver strong direction, as experts say they must be forward-thinking and not just reactive in order to successfully guide their organizations over the next year or two of heightened uncertainty.

“We talk about the ‘innovative anticipator,’ the CIO who can look up and out and anticipate how they can drive a better customer experience, drive more revenue and position the company to be a disruptor in changing times. They look like rock stars right now,” says Dan Roberts, CEO of Ouellette & Associates Consulting.

That kind of CIO is needed today as much as ever, Roberts says, explaining that CIOs must be ready to help their organizations be digital disruptors over the next 12 to 24 months or risk falling behind — or even going extinct.

“You’re going to see major disruptive changes in every single industry, so CIOs need to get their people focused on the next hill and helping their companies be digital disruptors,” Roberts adds.

Mike Crones, CIO and principal director of program operations at Draper, a not-for-profit research and development organization, says he typically looks three years out but is now “going back through and identifying things that need to move up — facilitators or enablers and differentiators.”

For example, he says Draper, as a Department of Defense contractor, took a conservative approach to cloud adoption due to security needs; Crones is now rethinking that stance, prompted in part by his expectation that most of Draper’s 1,800 employees will continue to work mostly offsite in the upcoming year or so.

Crones says the need to support a work-from-anywhere future that’s effective, efficient, flexible and sustainable also has him rethinking his plans for endpoint computing, connectivity, refresh cycles and infrastructure.

“So my data center and infrastructure, I might evaluate where it sits. Maybe I come out of the city to the suburbs or pop up some smaller geographically dispersed sites and use them as hoteling spaces. That would change my IT roadmap tremendously. The core services remain the same — customer service, email, connectivity — but the way that I’m supplying them may be altered,” he says, noting that he’s already accelerating his cloud adoption plans.

Crones is also rethinking his disaster recovery and business continuity plans. “We’ve always talked about a site-centric catastrophe versus a global pandemic, so we have to refresh that, too,” he adds.

On the other hand, plans to start work on restructuring IT this year have been put on a back burner. “I have to first understand what the new paradigm will look like and then use that as a driver of what I need to do,” Crones says.

Many CIOs are in a similar spot, executive analysts and consultants say. Most CIOs are rethinking their plans and will continue to revamp their roadmaps as they work with their C-suite colleagues to analyze what happened in the past few months, where they now stand and what will mostly happen next.

“CIOs have gotten through the initial response and they’re now thinking about how to reset their strategies over the mid to long term. But what those strategies are going to look like isn’t really clear yet,” says Noah Rosenstein, a principal analyst with Gartner’s CIO Research team.

Miles English, CIO of Echo Global Logistics, says he hasn’t adjusted much of his long-term plans yet. English acknowledges that COVID-19 forced a sudden shift to remote work for the company’s 2,500 employees, most of whom worked in corporate offices prior to the pandemic’s onset. But IT’s focus on delivering continuous improvements to its customer-facing products — EchoShip and EchoDrive — as well as improving employee-facing platforms remains pretty much the same.

“In a lot of ways, our roadmap isn’t changing; we’re continuing to invest in the same projects,” he says. “But what is different for us, something that we are looking at, is how we can better manage this work-from-home situation and ensure that our employees are as engaged as possible.”

English says his plans in that area are evolving, noting he’ll continue to develop and add new initiatives to his team’s quarterly commitments and three-year outlook.

Similarly, Kevin Haskew, CIO of ON Semiconductor, says he’s assessing the future to determine what, if anything, he needs to adjust within his technology plans.

“I see some change but I don’t see significant change,” he says.

Haskew responded to COVID by facilitating the dramatic increase in the number of employees working from home while also continuing to support those employees who need to work onsite.

With that initial work done, Haskew is tweaking the IT strategy to accommodate that new mix of offsite and onsite workers, although he stresses that the fundamental need to enable workers remains the same as always.

Meanwhile, Haskew says some existing initiatives, such as one supporting increased mobility, dovetail with his company’s new needs and as such remain on track. But he’s moving up other projects, such as virtualization of legacy applications and the deployment of improved collaboration tools, to better support the new work environment. And he’s putting off some less urgent projects.

“If we’re accelerating some things, and I know we’re not getting extra funding, then we have to figure out what we’re going to push back. There are things that will get pushed back for sure; some things will be pushed back by quarters and some will be pushed back by years,” he says, noting that he’s also watching how other non-COVID factors, such as geopolitical events, could further shift his company’s direction and thus the IT plans. “We have a five-year plan, we’re working to it, and as we update it, I know some things will be added, some will be deleted but most of it will be completed.”

Others shared Haskew’s approach to planning.

Pointing to her IT roadmap with its nine “initiatives to support business needs,” Kozik says none has been dropped “but every single one of them is accelerating.”

She adds: “We’re adjusting by taking this opportunity to accelerate our technology roadmap and demonstrating how technology can enable the organization to be more productive.”

For example, she accelerated the deployment or expansion of digital capabilities such as remote health monitoring and self-service features that were on deck but overnight became essential tools for enabling work.

“This is a great opportunity to build a pace for change that’s better than it was before, to build sustainable change that’s enabling our business to reach our strategic goals,” she adds. “We’ve all been willing to do more.”

Others agree with Kozik’s take on IT planning today, saying that IT’s ability to rapidly deliver the technologies and digital tools that kept business going during the first few months of the pandemic has elevated the function and the CIO along with it.

“What the pandemic has done is made business realize the importance of IT. The reason we’re working today is because of IT,” says Shivkumar Gopalan, CIO of software company Unit4.

Gopalan says his IT roadmap, which called for continued simplification, standardization and cloud adoption, helped his company respond quickly to the crisis and enabled employees to keep working.

Like others, he says he, too, is accelerating his roadmap to meet emerging business needs. He’s looking at the company’s application landscape to determine where he can simplify by adopting a single platform to handle many existing tasks — a planned project that bumped up on the priority list. The same goes for furthering cloud adoption and automation investments.

“It’s now much easier to convince business that what we’re doing is going to help them,” he adds. “There’s a completely different way of looking at IT now. They recognize the fact that things need to be simpler and that they need to do their end-to-end processes within the company from anywhere in the world with as much automation as possible.”

Rosenstein says that an increasing number of executives are developing contingency plans for different possible scenarios to accommodate the future’s heightened uncertainty. “Doing something to make sure strategic plans are more flexible is advisable for just about any organization,” he says.

CIOs seem to be following that advice.

“We reshaped our roadmap to accelerate our work; it’s a global reset every day,” he says.

Natarajan says the technology team’s transformation work over the past several years enabled Ancestry to respond seamlessly to work-from-home mandates as well as the increase in use of its product that came with the pandemic. (He says Ancestry is seeing an average of 1,000 net new subscribers every day.)

He moved up both mobile-related initiatives in response to a recent increase in mobile traffic to the site and new analytics-fueled content enhancements while delaying less urgent platform-related work.

Natarajan says it’s important to have a vision yet remain flexible enough to respond to unanticipated needs — whether big or small.

“We live in a dynamic world, and it’s hard for me to plan out three years out. It’s even hard to predict how next year is going to shape itself,” he says.

As such, he says his roadmap has enough space to maneuver as business needs and external events unfold.

“So while we have a plan in place,” he says, “we’re nimble and we know where we can reshape our plans.”