HomeNewsNewsNewsletterLife’s most persistent and urgent question is, ‘What are you doing for others?’ – Dr. Martin Luther King Jr.

Life’s most persistent and urgent question is, ‘What are you doing for others?’ – Dr. Martin Luther King Jr.

“Life’s most persistent and urgent question is, ‘What are you doing for others?” Dr. Martin Luther King Jr. challenged an audience in Montgomery, Alabama, in 1957.

Eleven years and 333 miles later, the time passed and approximate distance between Montgomery and Memphis back then, Dr. King’s worldly voice would be silenced in Memphis forever at the fateful hands and by the darkened heart of an assassin.

But Dr. King’s posthumous influence lives on. And it’s more alive now today than ever.

And most especially on this MLK Day as your Vendorship Inc. team pauses to reflect upon his legacy in our personal and professional lives.

“Two years ago this week I was deeply honored to attend the kick-off reception of the Dream Forward Awards at Freedom Hall at The King Center and in the capital city of my home state, Georgia,” recalls Vendorship Inc. CEO Nazeera Dawood. “It was one of the greatest honors of my adult life; to join and share in the living presence of Dr. King’s spirit and serve witness to those that evening who’ve so nobly dedicated their lives to continue his legacy of colorblind love, world peace, and social equality today.”

“That evening, in my conversations with Dr. King’s daughter, Bernice King,, a minister herself, served as inspiration to more deeply develop Vendorship’s core values from her father’s enduring personal scriptures.”

Entering The King Center reception area, visitors are greeted by impressive memorials of Dr. King’s civil rights achievements; bronze statues and other vividly visual milestones of a movement that dynamically changed the course of American and now world history.

But none resonated more with Dawood than a prominently-displayed tandem portrait of the late Mahatma Gandhi (1869–1948) and Dr. King.

Gandhi, a global civil rights leader and legend himself from Dawood’s home continent of India, who also met his untimely fate at the hands of an assassin two years before Dr. King’s five-week journey there himself for inspiration into Gandhi’s philosophies, would provide Dr. King boundless interpretive inspiration upon his return to the United States.

King observed: “India is the land where the techniques of nonviolent social change were developed that my people have used in Montgomery, Alabama and elsewhere throughout the American South.”

The term satyagraha was coined and developed by Gandhi in the Indian independence movement from British rule and also during his earlier struggles in South Africa for Indian rights. Satyagraha theory deeply influenced King’s campaigns following his visit to the continent. This practiced theory would also influence Nelson Mandela’s struggle against apartheid in South Africa. 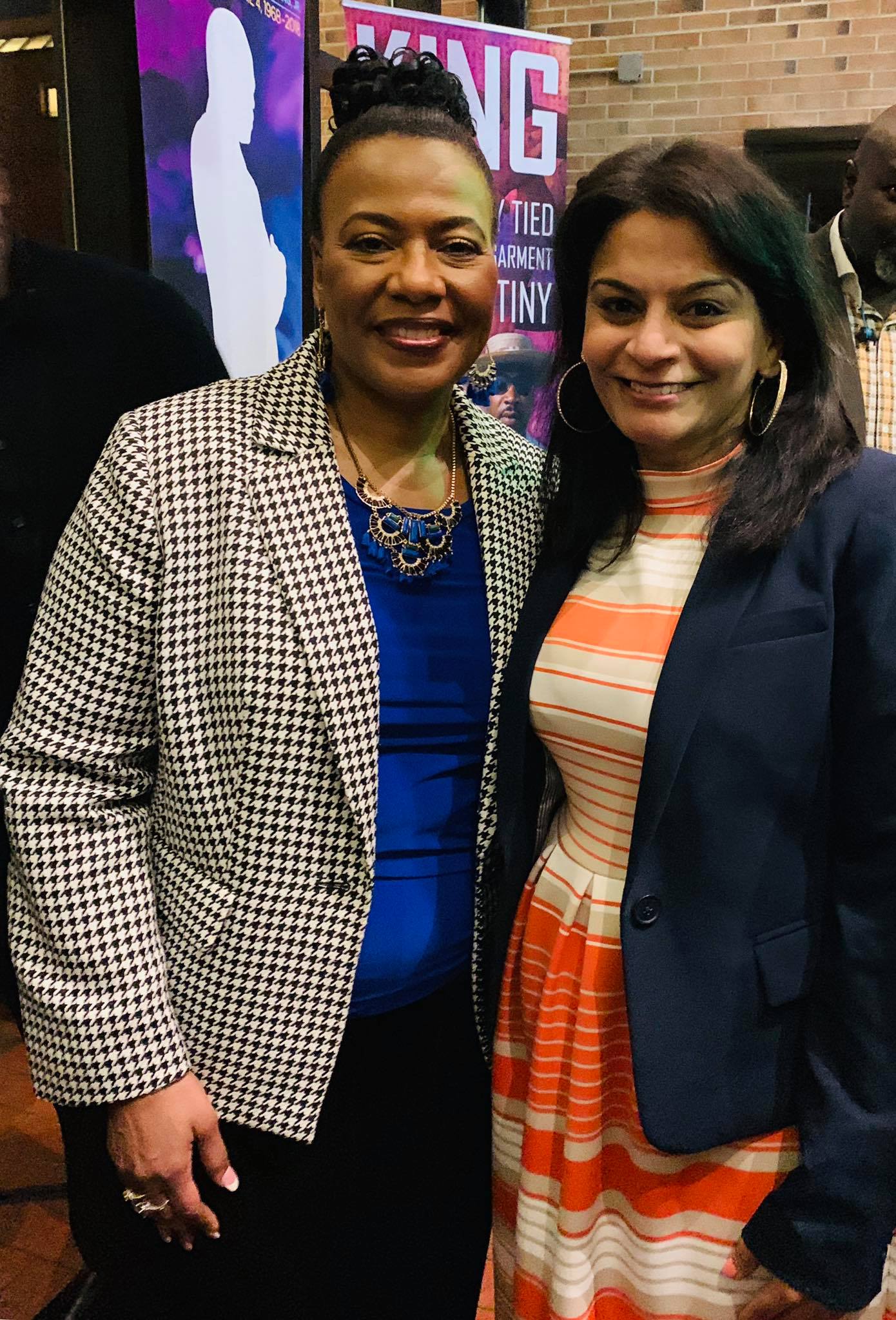 ‘Satyagraha’ is a tatpuruṣa compound of the Sanskrit words satya (meaning “truth”) and āgraha (“polite insistence”, or “holding firmly to truth”) and is a particular form of nonviolent resistance or civil resistance. Someone who practices satyagraha is a satyagrahi.

But as one leader’s achievements influenced and coalesced another, their legacies would continue to flourish in generations to follow.

Today, we continue to observe and practice these great leaders’ legacy of human equality and mutual compassion.

And your Vendorship Inc. team continues to challenge the question as Dr. King did in his Montgomery address 64 years ago:

‘What are you doing for others?”