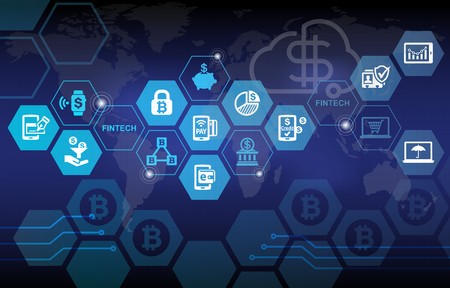 Fintechs Say They Can Speed Up The Stimulus, If The Government Just Lets Them

As the U.S. government tries to soften the blow of the coronavirus and prepares to send $1,200 to millions of Americans, fintech CEOs have stormed Twitter with messages for lawmakers.

“The technology exists to get money to most people today (even to those without bank accounts). Square and many of our peers can get it done. US government: let us help,” Square CEO Jack Dorsey said on March 26. Twenty minutes later, Plaid CEO Zach Perret chimed in, “Let fintech help.” Payroll processing company Gusto spoke up the next day, writing, “We’re urging the U.S. government to partner with payroll platforms so we can create an instant pipeline to get relief funds to small businesses—within 24 hours.”

Fintech companies have built fast, nimble systems for moving money. But the reality of how these government partnerships might work is much more complicated and requires a close look at the details.

For the stimulus checks, Treasury Secretary Mnuchin has said anyone who has set up direct deposit with the IRS for a past tax return—eight out of ten American taxpayers have done this—will get the $1,200 direct-deposited. The money will start shipping in three weeks, the IRS and Treasury say. From Dorsey’s tweet, it sounds like Square or PayPal could do it even faster. But using Cash App wouldn’t be quicker than a direct deposit from the government, because the hold-up isn’t in the speed of the digital payment.

“The challenge is an IRS data challenge—pulling together all the updated, non-duplicated names, addresses, bank account information and payment amounts,” says Amias Gerety, a partner at venture capital firm QED Investors who spent eight years working at the U.S. Treasury. “It’s an extraordinary amount of data,” says Jason Gardner, the CEO of Marqeta, which helps power payments for Cash App.

“If Dorsey wants to assign twenty engineers and data scientists to teach themselves [the programming language] COBOL and volunteer to help the IRS, that probably would help,” Gerety adds. A Square spokesperson says the company would be willing to put in the resources necessary to create a Cash App-based distribution.

For consumers who don’t have a bank account on file with the IRS—about 28 million Americans—they could get mailed a paper check, which might take months. If those people set up a Cash App account, they could receive their money faster, says Marqeta’s Jason Gardner.

Yet it’s just hard to know how many people would use that option. For instance, some of America’s 14 million unbanked residents who lack simple checking accounts might consider it, says Maximilian Friedrich, an analyst at investment manager Ark Invest, which owns a large stake in Square. But Mehrsa Baradaran, a law professor at U.C. Irvine who wrote a book on inequality in banking, thinks it’s unlikely. The unbanked are “a lot of elderly people, a lot of rural communities, a lot of people who don’t have Internet access, don’t know how to use mobile phones and don’t purchase goods at a place that takes mobile payments,” she says.

The best solution, argues Jareau Wadé, vice president of marketing and growth at San Francisco payments startup Finix, could be to create an online hub where consumers could verify their identity and choose their disbursement method, with options ranging from getting a paper check to using a service provided by Cash App, Venmo, Visa or Mastercard.

The government has experimented with different methods to distribute funds, like using prepaid debit cards, but the fintechs haven’t received clear feedback on these new ideas. And for now, it appears the Treasury is going in a different direction. Last night, it published a web page saying, “In the coming weeks, Treasury plans to develop a web-based portal for individuals to provide their banking information to the IRS online, so that individuals can receive payments immediately as opposed to checks in the mail.”

Beyond individual stimulus checks, an even more compelling case for fintech companies chipping in is to help small businesses get loans quickly. Millions of shops and restaurants are struggling because they’ve had to close their doors due to social distancing guidelines. To ease their pain, the federal government is expanding its Small Business Association (SBA) loan program, in which it guarantees to pay up to 85% of a loan if a small business defaults. This helps lenders extend more credit and offer lower interest rates.

Currently, the most active SBA-approved lenders include banks like Live Oak, Wells Fargo and JPMorgan. Mnuchin has said he’ll open the program to fintechs, specialty lenders and credit unions, but the details about what companies will be eligible are to be determined.

SBA loans often take more than 20 business days to get approved, says Jonah Crane, a partner at Klaros Group, which advises fintechs on regulation. “Fintech lenders have developed technology to make underwriting decisions in minutes. But it’s not the underwriting decision itself that will determine how quickly these loans are disbursed—it’s the degree to which SBA can work to minimize the procedural hurdles without opening up the program to abuse, and the ability of lenders to shepherd their customers efficiently through the process,” Krane says. The fintechs that would likely be interested in this program include companies like Square, Stripe, On Deck and Kabbage.

One more fintech that chimed in on how government funds could be sent more quickly was San Francisco payroll processing firm Gusto. On March 27, Gusto cofounder Tomer London wrote that “restaurants and retailers on average have less than 18 days in cash” and said the government could funnel funds through Gusto and other processors, “creating the biggest payday in history.”